Did you know that on March 22nd, 2017, in an 8-0 ruling in the case of  Endrew F. v. Douglas County School District, the U.S. Supreme Court clarified that under the Individuals with Disabilities Education Act (IDEA) an Individualized Education Program (IEP), together with the services and supports it outlines, must do more than offer minimal benefit?

The justices unanimously agreed that the judgement of the U.S. Court of Appeals for the Tenth Circuit should be vacated (overruled) and the case remanded (returned to the Court of Appeals for a new ruling) for additional proceedings consistent with the high court’s opinion.

In plain English, the case involved the family of a student with autism who argue that the public-school district did not provide an appropriate education as their son did not meet IEP goals, the same goals were offered annually, and the student made progress once his parents moved him to a private school with a new IEP and educational approach.

While the Supreme Court decision does not make a ruling on whether the district must reimburse the family for private school tuition or any of the other specifics of this case, it does clarify what is required under the principle of a free and appropriate education (FAPE) and compels the lower court to relook at it in light of the Supreme Court’s findings on the merits of the case.

What was the standard before?

The decision rolls back precedent going back over 30 years that was established by Rowley v. Hendrick Hudson School District in 1982. In that case (which the Supreme Court also weighed in on), it was ruled that the standard of “free and appropriate” does not equate to “best”. In specific, it was written “We therefore conclude that the “basic floor of opportunity” provided by the Act consists of access to specialized instruction and related services which are individually designed to provide educational benefit to the handicapped child.”

The Court at that time also expressly stated, “Because in this case we are presented with a handicapped child who is receiving substantial specialized instruction and related services, and who is performing above average in the regular classrooms of a public school system, we confine our analysis to this situation.”

In other words, the 30+ year old Supreme Court decision pertained to a situation with a student who was included in the general education classroom and the extent to which she was entitled to services or supports within that context. In that case, the student’s parents argued for access to a sign language interpreter throughout the day instead of an FM transmitter which was what the school suggested.

That said, the decision left a great deal of ambiguity with respect to what was legally required for students who do not receive the majority of their education in the general education classroom. Absent any Supreme Court rulings on that particular issue, courts tended to use Rowley as a precedent in most special education litigation and sided with districts that had successfully argued they were providing the basic floor of opportunity required under the law.

Other Implications of the Recent Ruling

The present-day ruling also rejects the premise that children with disabilities are entitled to an education “substantially equal” to that of their peers without disabilities. The Court argues- as it has in previous cases- that it is difficult if not impossible to reliably measure the equality of services and supports for students with unique and varied needs. In other words, while the Supreme Court has clarified that an IEP (together with the services and supports it outlines) must do more than offer minimal benefit, it is also not expected that children with disabilities will be assured an equal educational opportunity. Rather, based on the Court’s interpretation of the statutory definition of FAPE along with Congress’ perceived intent, schools must:

“When all is said and done, a student offered an educational program providing merely more than de minimis progress from year to year can hardly be said to have been offered an education at all. For children with disabilities, receiving instruction that aims so low would be tantamount to sitting idly awaiting the time when they were old enough to drop out.” – Justice John Roberts

What does this mean for me when writing IEPs?

As a rule of thumb, goals and any related objectives must be things that would help the child access the general curriculum (or, alternatively, without which they could not access). Further, they should be calculated to set the child up for success by the end of the year. This way, each year the child can progress to new goals, and you will be able to show the child is making progress over time on skills that are related to, foundational to, or getting in the way of general learning objectives.

To ensure appropriate services and supports are identified in the IEP and implemented during the academic or calendar year, be sure to seek the expertise of the rest of the team (including families) and to share your own with others. Looking at all members of the team as equals with unique expertise to bring to the table can help to ensure the IEP and its subsequent execution is meaningful, legally defensible, satisfactory to the entire team, and most importantly, designed to help the child make progress in functional and/or academic goals.

Opinion Analysis: Court’s Decision Rejecting Low Bar for Students with Disabilities, Under the Spotlight– This piece from the SCOTUSblog (March 23rd, 2017) by Amy Howe analyzes the potential implications of the Supreme Court’s ruling.

Supreme Court FAPE Ruling May be a Watershed Moment– This article from DisabilityScoop (April 7th, 2017) by Michelle Diament describes the Court’s ruling in terms of its implications and discusses the case with several experts and advocates.

Supreme Court Ruling on Special Education: Endrew F.– This blog by the Director of Public Policy at the American Foundation for the Blind Mark Richert (March 22nd, 2017) summarizes the court cases and affirms the organization’s support for the decision.

The Rowley Case: What Does it Really Mean?– Discusses the major highlights of the Rowley case and provides selected case footnotes (from Brooke R. Whitted, Takiff, & Hansen, LLC, n.d.)

Similarly, private schools often do not have to adhere to IDEA because by their very nature they tend to not take federal funds. Students who are placed in a private district at the public school district’s behest have an IEP that is overseen by and remains the responsibility of the public school.

Guest Blogger: Ashley Lyons is a Kent State University Ph.D. candidate and the national DEC Children’s Action Network (CAN) Coordinator. Ashley serves as an independent contractor and works with Dr. Kristie Pretti-Frontczak to help clients with specific requests related to data searches, grant writing, and editing (click here to learn more about her services). You can also learn more about Ashley on LinkedIn or follow her on Twitter. 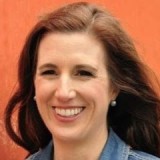 WordPress Websites by The brandiD